At the end of February 2020, I entered in to my first competition on the national level. I arrived in Costa Mesa, California with my freshly roasted compulsory coffee from Kenya. I stood in the Orange County convention center building, nervously fidgeting around trying to find the area to turn in said coffee and anxiously awaiting the chance to shower and relax back at the hotel.

Some 40 minutes after the scheduled time to turn in our coffee a line formed. Another 20 or so minutes from there I finally turned it in. That was it, there was no turning back. The next few days were filled with drinking lots of coffee, reuniting with friends from around the country, cupping, and, of course, giving my presentation. 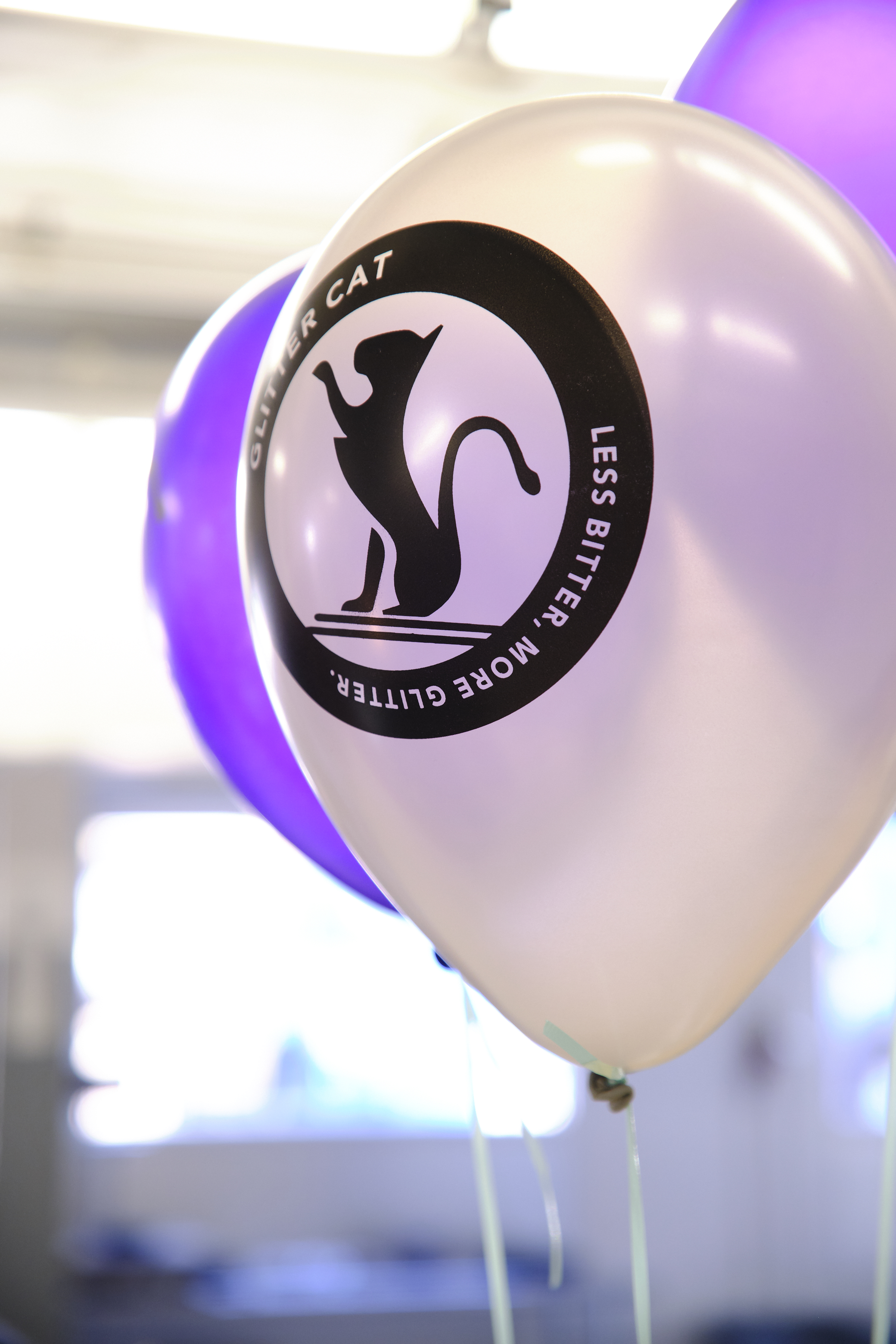 To tell the rest of this story I need to back up to the end of October 2019. I was flown out to Minneapolis, Minnesota where I joined 9 other roasters from different parts of the country to become the inaugural class of Glitter Cat Roasters. The 10 of us were about to go through this boot camp to learn what it would take to compete in the US Coffee Champs Qualifiers. T. Ben Grimm (multi-time national barista finalist!) and her amazing partner Eric Grimm set us up with amazing coffee roasters from around the country. Over the course of two days we learned from 2019 US Coffee Roasting champion Shelby Williamson, 2019 US Cup Tasters champion and founder of Mother Tongue Jen Apodaca, Coffee People Zine's Kat Melheim, and coffee pro Joe Marrocco. We got hands on training on the dope machines at Mill City Roasters' headquarters, and access to quality green coffee from Atlas Coffee Importers. This was brought by 2017 US Brewers Cup 2nd place finalist Chelsey Walker-Watson.

A lot of very amazing things happened this weekend, but for this post I am going to focus on certain parts of it. Specifically, the parts that directly influenced my performance at the OC Qualifiers. I can think of three main game changers. The first being the workshop on Green Coffee Sorting and Defect Identification. This workshop was led by the wonderful Chelsey Walker-Watson. 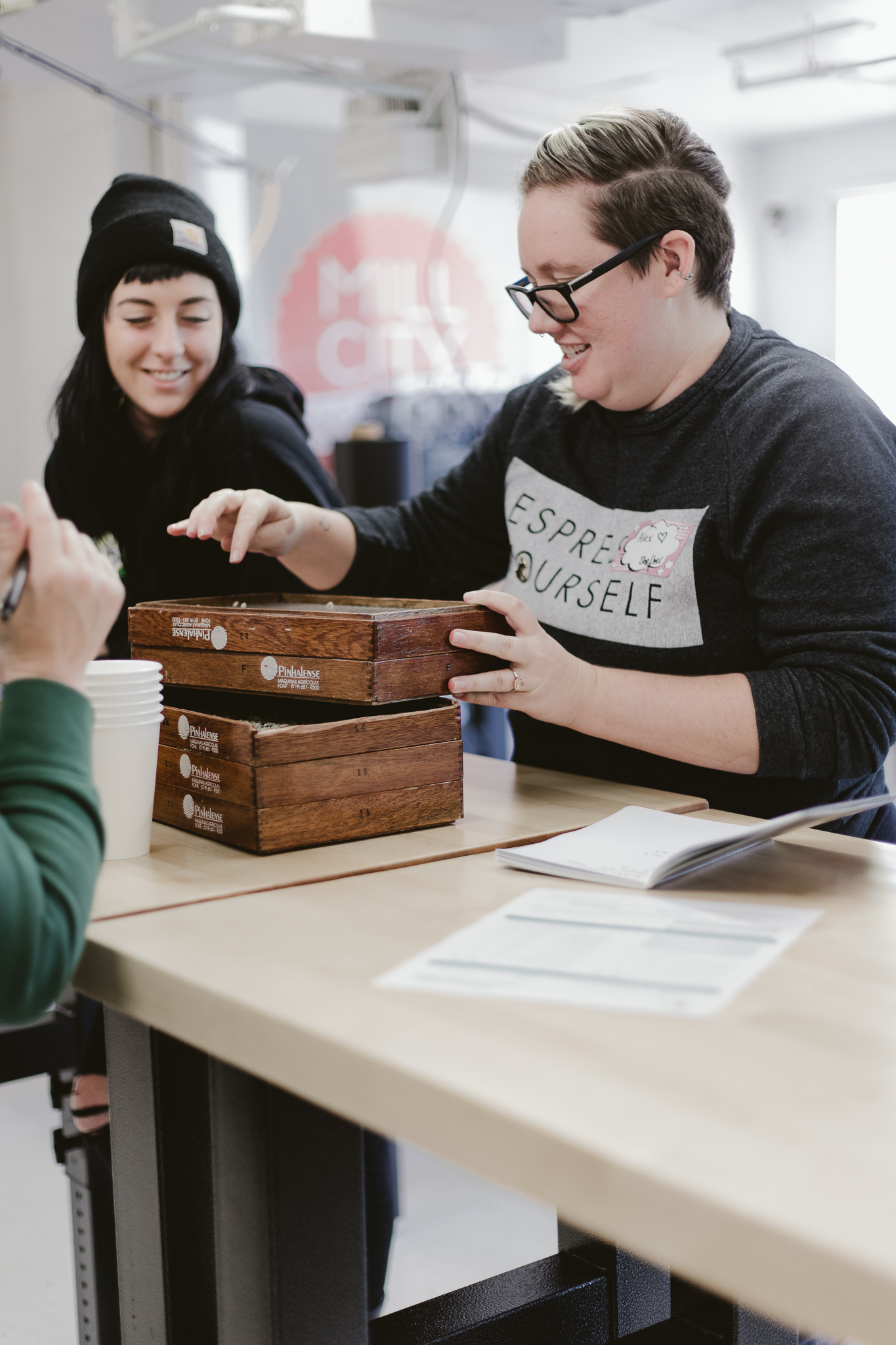 At the time of the boot camp I had been roasting for under a year. I had the opportunity to go to the Roasters Guild Retreat in August, I was selected as the Matchbook Coffee Project's September Roaster, and now I was here. At this boot camp, just one month later. I tell you this because there was an intense amount of personal and professional growth in this block of three months. I found myself sitting in this particular workshop realizing just how little I knew about green coffee. I had never screen sorted before, nor had I sorted by defect. I was overwhelmed. I felt like I shouldn't be there, I didn't deserve to be there! I didn't even know 'the basics'. In fact, how had ANY of this happened to me?

The next big blow for my self-esteem came at the production roasting workshop. When I had to step up to this brand-new machine that I had no idea how to use, and roast a coffee in front of a bunch of people including the legend, Jen Apodaca! A little quick something about me, 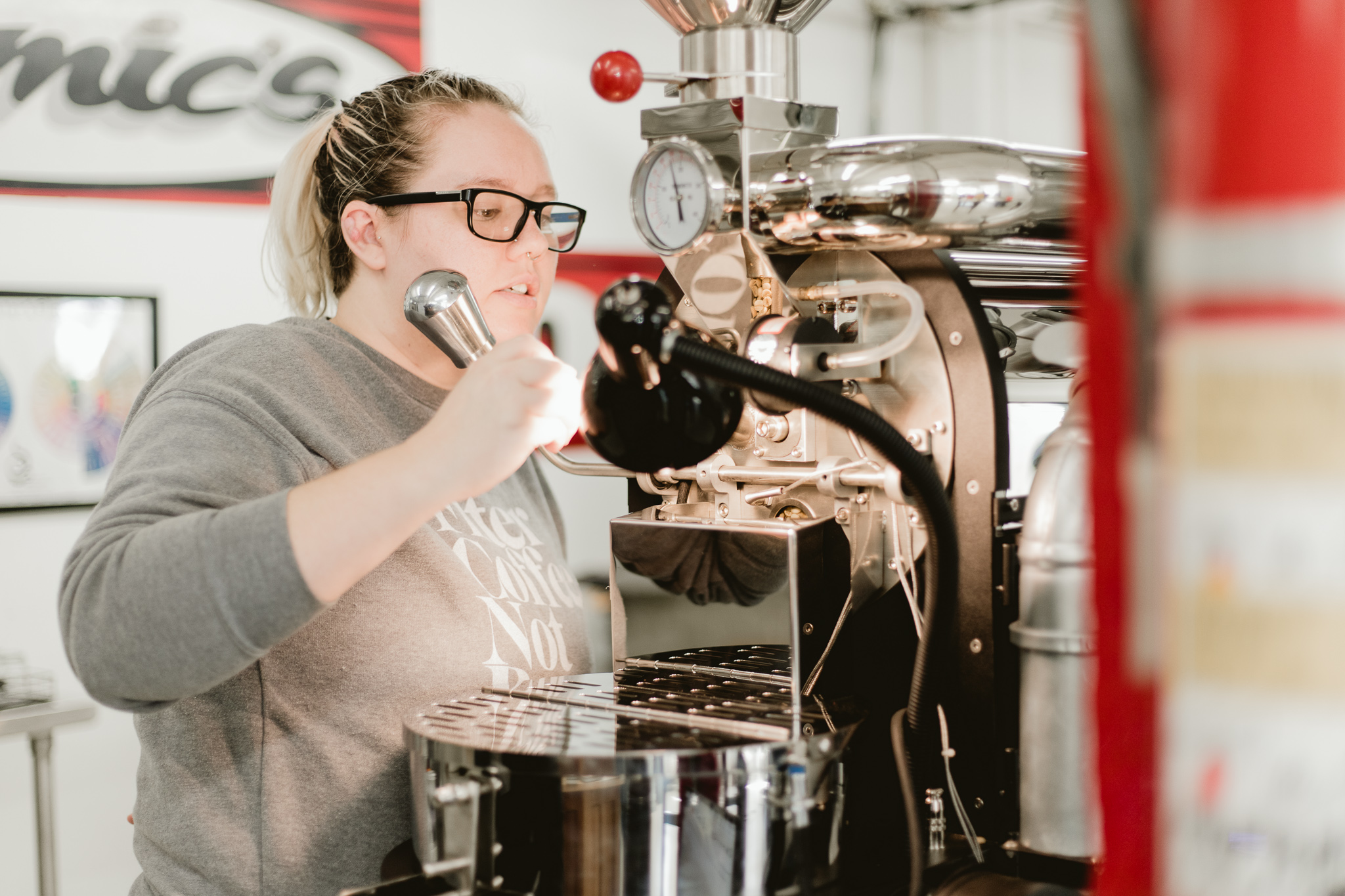 I DO NOT like to do things in front of others until I have perfected it. It is not a good practice, and I try to push myself outside of those bounds, but that is the cold hard truth of the matter. Here's the thing. I fucked up that roast. I had no idea what 'soaking' a coffee meant, which is what everyone seemed to be doing. So, I decided to do it similar to the way that I roast coffee at home, because that's what I knew, and those were the tools I had at that moment. Cut to the roast ending much too quick and far too dark. I was so embarrassed. 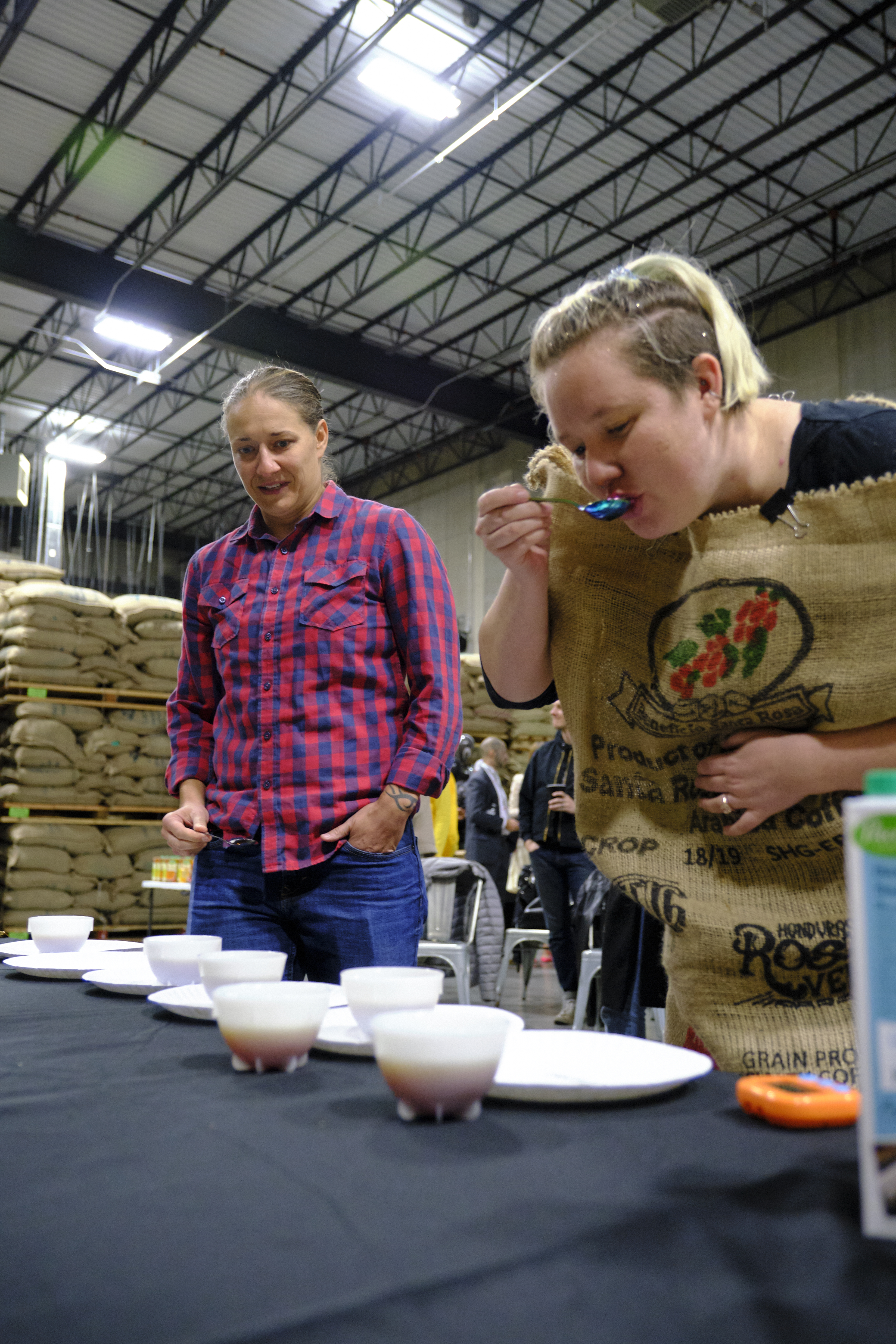 The last thing that was a little bit of a blow to my self-esteem actually happened at the community event that Glitter Cat hosted at Cafe Imports. Each Glitter Cat was paired with a member of the community (Hi, Kristin!) and we would go through four stations and do different versions of tasting coffee and matching it to something. There was a station where you matched the coffee to its origin, another triangulation station, one where we tasted coffee and matched it to its roast curve (the only one I did well on) and a fourth thing that I can't remember because I didn't do well at it and blocked it out.

I know, I said “amazing things" happened and these all sound like a bummer. But here's the thing, I learned so much. I learned so much about myself, about coffee, about the professionals around me. I learned my strengths and weaknesses. I learned some basics that I had just not gotten around to yet. I was allowed to try, to fail, and to try again. I was allowed to be imperfect, and uncomfortable at being imperfect. It is so easy to just skate by with the knowledge you have. It is so much harder to push yourself to grow.

By the end of that weekend, I was exhausted. But at the same time, I was energized and ready to push forward. Similar to how I've been feeling for the first half hour after my Kick Boxing classes where I'm still proud of myself but not sore and in pain yet. I knew I was ready to take on the world, or at least this compulsory coffee that would be sent to me.

I'll talk more about the actual approach that I took with my coffee in a later post, but this brings us back to the OC Qualifiers. Where I cup my coffee on Sunday morning, and meet lots of awesome people during my audience service immediately after. 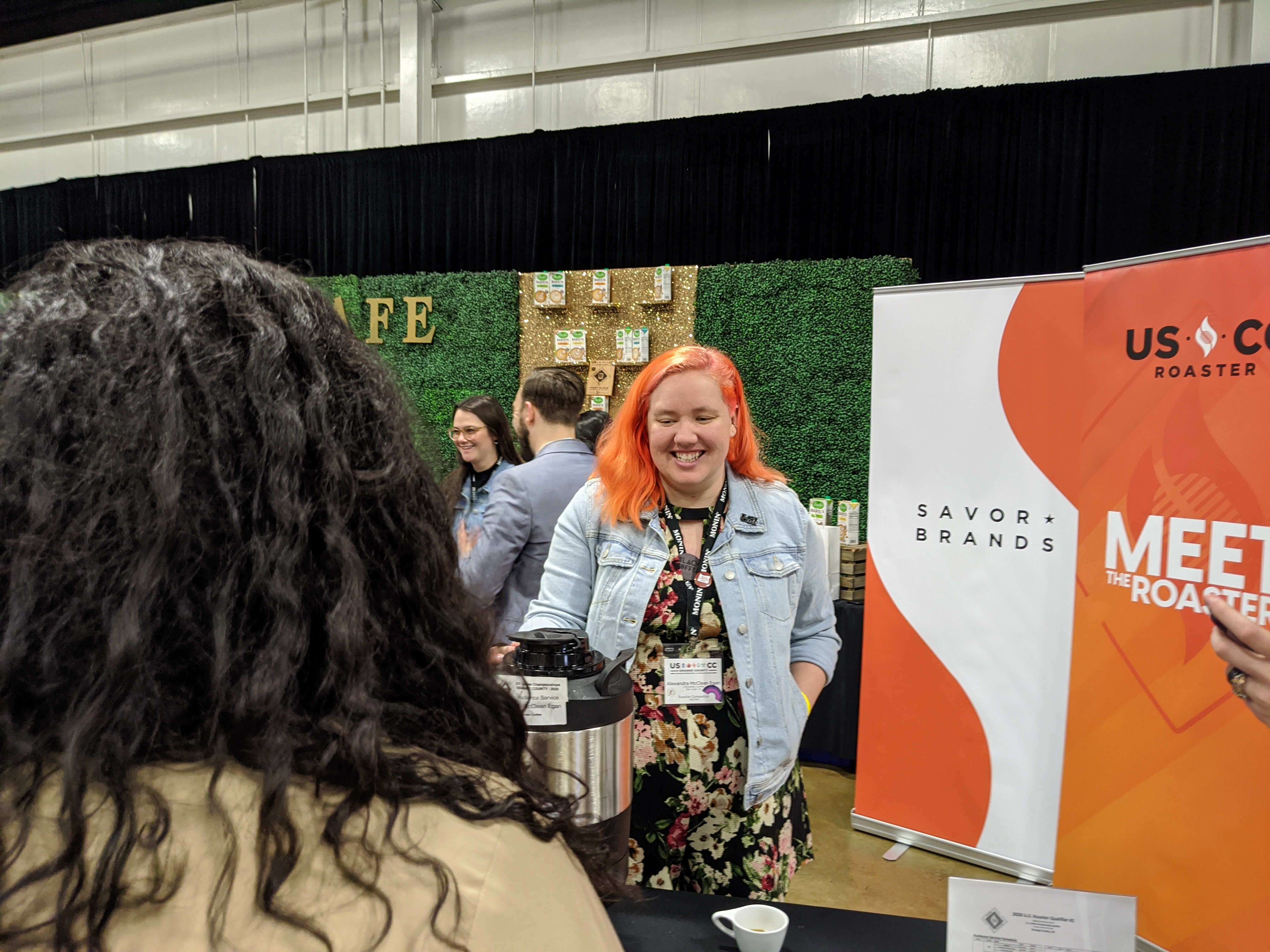 In the afternoon, I give my 3 minute and 41 second presentation that is formatted pretty differently than everyone else's. The presentation that I’m proud of, and others have complimented, but ultimately didn't do enough for the judges. And in the evening, I'm watching as 1 by 1 the roasters finalists are being called to the stage. Slowly realizing that I will not be one of them, painfully realizing that none of the Glitter Cat Roasters will be one of them. Here's that feeling of failure again. I had gone and done something in front of people that I was not perfect at yet. How could I have done that to myself?

After all the announcements, I ran into Eric who broke the news that I was a quarter of a point away from qualifying. I broke down, I was flooded with intense emotion that I am pretty sure came from me feeling like I had failed. I had failed myself, my company, the Glitter Cats! Everyone! In that moment Eric pulled me in for a hug, and Kat, who was right next to us, joined in showering me with support. They let me cry, they let me feel, they let me 'fail'. And I was safe. Stepping away from that moment, I see that again. Here I was, being imperfect, but still doing the thing. Still learning, still growing, still kicking ass.

If you had asked me what I thought was going to happen after Glitter Cat Roasters boot camp, or competition, or really the time period between October and February, I would never have imagined how impactful this would be. Not in a million years. What is failure if not an opportunity to learn? The opportunity to be vulnerable and lean on your community for support. The chance to prove yourself, not for the sake of others, but for yourself.