The Aeropress was invented in 2005 by Alan Adler. Adler is a bay area resident and inventor. Most of his career was focused on aerodynamic toys until he invented the Aeropress, though last year he sold the toy portions of his company to instead focus on coffee. In an interview with Howard Bryman of the Daily Coffee News by Roast Magazine, Adler comments on the irony that his coffee press invention sparked worldwide competitions and the toy he worked to create competitions for did not take off in the same way.

The Areopress competitions yield an infinite number of brewing possibilities, but there are two methods that are most common. The traditional and the inverted. Within each method there are a myriad of choices to make which ultimately impact the end result. By choosing a coarser or finer grind, longer or shorter steeping time, and the speed at which you press down, you could have a completely different cup each time. It is suggested that while working with the Aeropress you only change one variable at a time to get a better sense of what you enjoy the most. 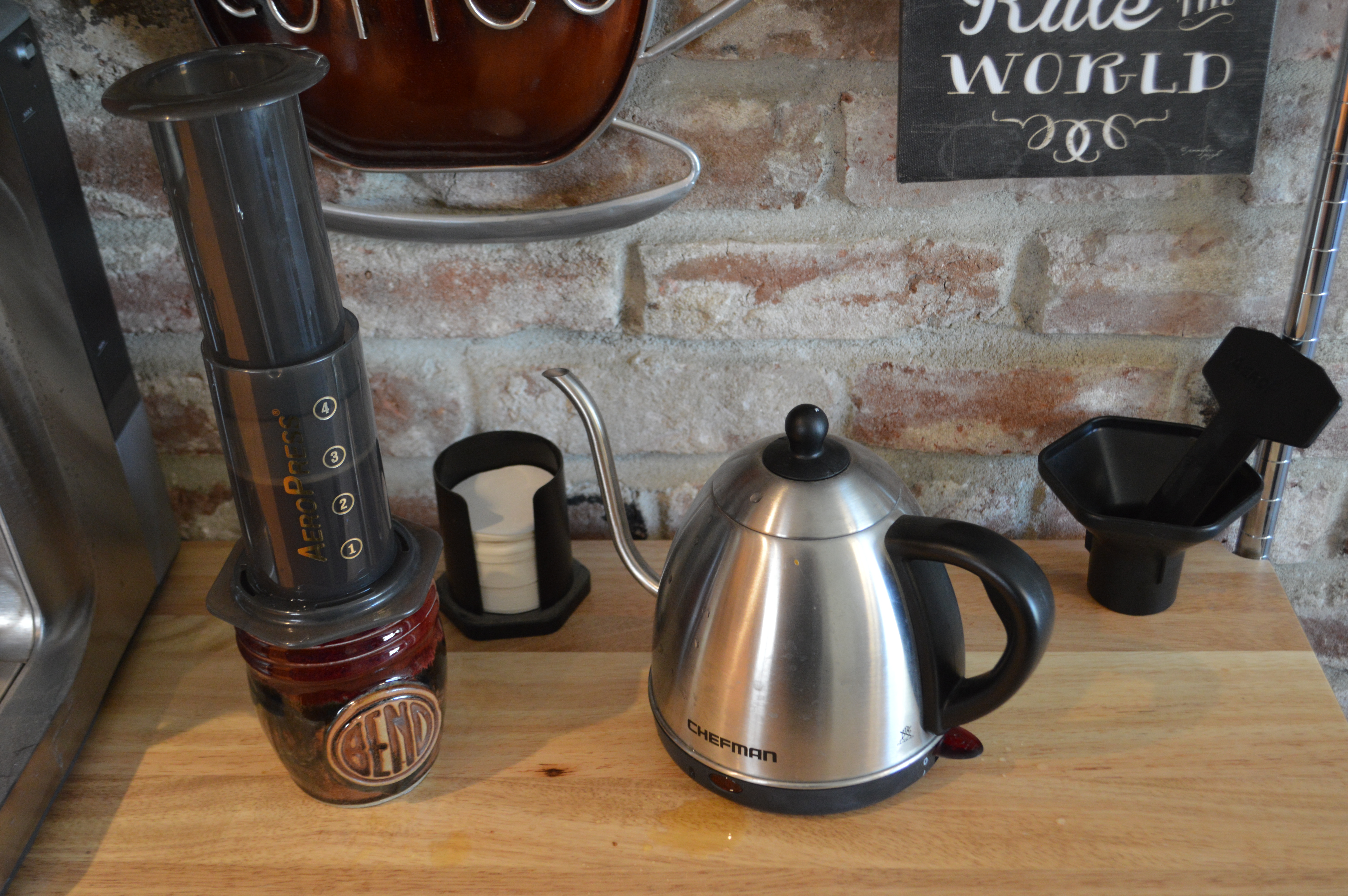 The traditional method allows you to brew slightly more coffee than the inverted method. It is also much easier and less risky to brew this way. As with most coffee brewing methods it is better to use a scale for accuracy. In this case you will place the aeropress on top of the mug which will be on the scale. As you add the water you will see some coffee drip through into the mug, first stir the coffee and the place the piston in place to create a vacuum and stop the coffee from dripping through. After about one minute (time varies depending on grind size) you will then plunge your coffee and can enjoy your cup! 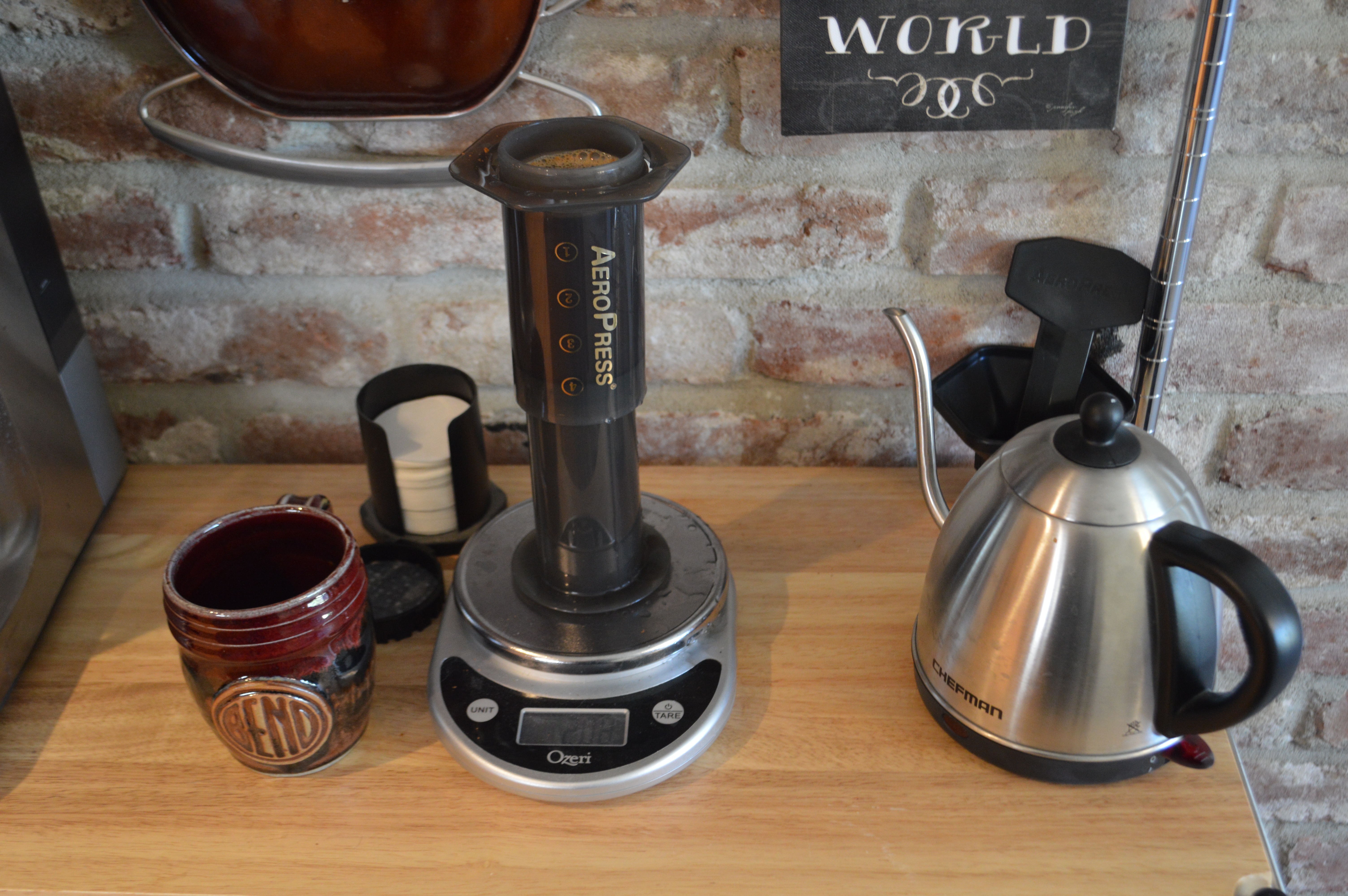 The inverted method is a bit more involved. It is very important to make sure the piston is inverted far enough into the brewer that it is stable, but not too far because that will cause your ratio to be off. I started with 15g of fine ground coffee and added 200 ml of water just off the boil. Start your timer (about one minute) and give it a quick stir as you wait for the coffee to brew remove from the scale and carefully screw on the filter holder with the paper filter. When the timer is done slowly pull the brewer done on to the piston until the liquid is nearly touching the filter. This will make the piston more stable for when you flip the Aeropress. Place mug upside down on to filter holder, hold the mug and Areopress, and carefully flip over. You will then plunge the coffee into the mug.

Both processes create delicious coffee, but I think it is fun to experiment and find your favorite way to use the Aeropress! Do you have any fun ways you use the Aeropress? Let me know in the comments below!